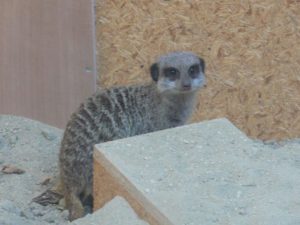 History: ZIM002 was born and raised in the Durrell Wildlife Conservation Trust on Jersey island, United Kingdom. He and his younger brothers ZIM003 and ZIM004 arrived in Zurich on 11th February 2011. He established male dominance of the group unchallenged, and remained dominant until his death – probably of old age – in May 2015.

Notes: ZIM002 was named Richard, in Durrell Wildlife Conservation Trust. He has a lighter face than ZIM004, and slightly greyer cheeks than ZIM003. He barks a lot, but is not as bitey as ZIM003.