What do former volunteers say about their KMP experience, and how it helped them in their future career? Read these testimonials below to find out more, or download them here. 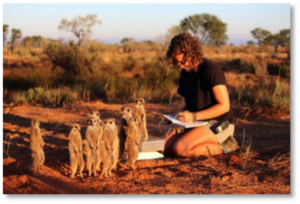 What are your reflections on your time at the Kalahari Meerkat Project?
One of my – without question – greatest years so far.  The experiences, the skills I developed, the country and the fantastic people I met have made it something never to forget.  It was an incredibly challenging year, emotionally, mentally and sometimes physically, but incredibly rewarding.  I grew as a person, created friendships that will last a lifetime, learnt more about myself than I have in my whole lifetime – and I even improved my cooking skills just to perfectly round out the year.  For anyone who is questioning if research is for them, if they want to be a biologist, a mammalogist, or they’re just generally in love with Africa, then I highly recommend this program.

What did you do after your year as a volunteer field assistant?
Currently I am studying my Master of Environment at University of Melbourne in Australia, focusing on science communication and conservation.  I can happily say that my year at the KMP helped me get accepted into the research program I’m doing (koala habitat management).  My supervisor on the project told me that was one of the most intriguing things she pulled from my resume, and something we have returned to in conversations since.  It’s given me a leg-up across a few different areas (shortlisting, interviews, employment) and has been a talking point at quite a few different networking and personal social engagement situations.

What did you gain from your year as a volunteer field assistant with the meerkats?
As an individual, I have gained far more independence.  I always considered myself to be independent but it was a vast understatement, however I can now comfortably say it is completely true after a year at the KMP.  My field skills improved and exposed me the behavioural ecology world and have left me equipped to apply for further positions within the area. 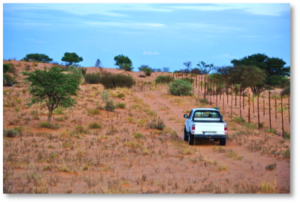 What did you do after your year as a volunteer field assistant?
Since I finished volunteering I have carried on in field research, on some paid roles.  First I worked for Wageningen University in the Netherlands on a great tit project for a couple of months. I then returned to the Kalahari Meerkat Project, this time as a more independent research assistant on a project focusing on meerkat dispersal.  Now I have moved into a management position at the University of Michigan Gelada Research Project in Ethiopia.

What did you gain from your year as a volunteer field assistant with the meerkats?
Being a volunteer has certainly helped me, just having that field experience on the CV was an enormous bonus in my applications.  I feel that it’s pretty difficult to get into these roles with no experience, or even the very limited experience it is possible to gain during an undergraduate course.  Being in charge of communal food ordering at the KMP also helped, as it gave me more responsibility that I have talked about in interviews for management positions.  I would also go through data from time to time to pick out errors in data collection that might be bugs in the upload programme or issues with data collection protocols.  This is also something I talk about in interviews.

What are your reflections on your time in the Kalahari?
I think it is possible to freewheel through your time as a volunteer but it’s also possible to make a lot of it if you’re proactive. Obviously being in contact with the range of people I met out there is potentially very useful. For example, I’m trying to implement collaring geladas in my current job, it’s never been done before in geladas but as I have spent various amounts of time with people who know a lot about collaring primates and other animals, I have access to all that expertise. Doing my meerkat analysis project was also useful.  For me, it was 5 years or so since my masters and so it was a great opportunity to get back into thinking scientifically, and using statistics programs.  I am currently co-authoring a great tit paper with the guys at Wageningen and designing an experiment on the geladas for when we can go back.   I doubt I would be able to do either of these had I not been encouraged to do the analysis project at the KMP. 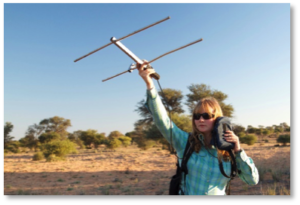 What did you do after your year as a volunteer field assistant?
I spent a year as a volunteer at the KMP, and then stayed on for another year as a Research Assistant for the Cambridge side of the project. After that I moved on to start a PhD in evolutionary biology at the University of St Andrews, involving both labwork and fieldwork in Scotland and Alaska.
I really loved my time out in the Kalahari. A big part of that is the field site and study system itself (the meerkats are endlessly amusing), but it’s also a fantastic opportunity to spend time with a group of brilliant people, many of whom will become friends for life. People out in the Kalahari are diverse in ways that make them interesting, and similar in ways that make them easy to get along with!

What did you gain from your year as a volunteer field assistant with the meerkats?
Obviously, I gained a lot of specific fieldwork-related skills like tracking, 4×4 driving, behavioural observations, habituation techniques etc. etc. I also had the luxury of getting to play with a huge 20-year-long dataset, and am now an expert in working with Access even though I’d never used it before in my life – both of which make facing a PhD a lot less intimidating.

What are your reflections on your time in the Kalahari?
Being in a field site for extended periods of time also means that you have the chance to pick up other things: I worked on my baking skills, knitted a blanket, helped make a horror movie, and can now also swear in about 20 different languages and make a costume for a party using nothing but cardboard and duct tape… Spending a year (or two years!) out at the KMP also basically guarantees that people will be genuinely interested in your anecdotes at any social event – and that you will  never run out of them either!