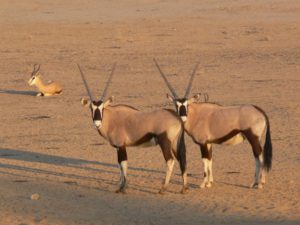 The Kuruman River Reserves represents the typical fauna and flora of the Southern Kalahari.

The reserve carries endemic game including gemsbok (oryx), blue wildebeest (gnu), eland, red hartebeest, springbok, duiker, steenbok, bat-eared fox, cape fox, porcupine, pangolin, African wild cat, genets, pole cat, and three mongooses (meerkats, slender and yellow mongoose), but no large carnivores which would pose a threat to humans. Small predators like caracals and jackals have been observed, but they are rare in this farmed region. There is a diverse bird fauna representative of the Kalahari, including substantial populations of sociable weavers and pygmy falcons. In a one-year survey, 158 bird species have been observed in KRR.

The following downloadable files are available to visitors of the project who wish to learn more about flora and fauna at the reserve, but also about the bushmen who once lived in this region.

The most extensive resource, the KMP Wildlife Guide, was photographed and written by meerkat volunteers Héctor Ruiz Villar and Ana Morales Gonzales (both M.Sc. Natural Risks, University of León (Spain), 2013 and B. Sc. Degree in Biology. School of Biological and Enviromental Sciences. University of León (Spain), 2012) as their research project during their 12 months stay at the farm. 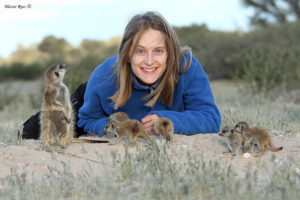 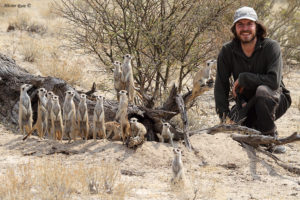