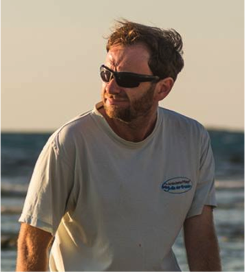 The dynamics of vocal coordination in social mammals

I am interested in acoustic communication patterns in mammals focusing mainly on conversation like “turn-taking” in social species. Many animal species and also humans, take rapidly alternating turns while engaging in a conversation. Communicational turn-taking in humans appears very early in infancy, before the appearance of coherent words. It is not unlikely that the basic conversational rules, as well as mechanisms for maintaining them during an interaction, are shared between humans and animals.

The meerkat research system provides a unique opportunity for investigating continuous vocal exchange interactions between identified individuals. I am focusing on calls that are given at non conflict situations and in which the turn taking patterns are less likely to become masked by the participants’ high arousal. This project has the potential of revealing the fine tuning of subtle vocal interactions. In addition, as the principles behind conversational rules are not concerned with “meaning”, they are likely precede complex syntax and phonology systems of language. The parallel between animal cooperative vocal interactions and human conversation on the level of coordination and speaker exchange monitoring, is intriguing.