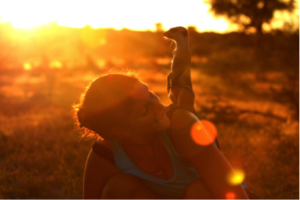 After graduating from a MSc in Animal and Human behaviour in 2009, I did a lot of volunteering: in a National Park in North Cameroon where I spent most of my time tracking leopards through the bush; in RD Congo where I was following and collecting data on bonobos for the Max Planck Institute; in France where I was a scientific consultant for a departmental hunting federation; then at the KMP, where I spent a year working as a volunteer, before being hired as the Zurich research assistant. My main research interests go towards animal conservation, particularly human-animal conflicts, involving large carnivores. On a more personal point of view, I really enjoy hiking, nature and animal photography, reading and traveling.